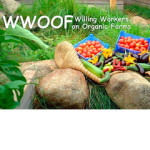 The herb is a traditional oriental flavouring, particularly in Japanese cuisine, where it is used as readily as we use parsley. The leaves are highly aromatic, and really cannot be compared to the smell of any other herb. The flavour is slightly sweet and spicy, with a note of mint. Perilla’s aroma and flavour take a while to be appreciated. Leaves are eaten raw, cooked, salted and pickled, or used as a garnish. Young green leaves, particularly of green perilla, are essential for sushi. Purple perilla leaves give a vivid colour and flavour to the traditional Japanese sweets and umebashi pickled plums. Perilla is also used in pickled ginger.

Perilla seeds may be sprouted, like alfalfa, added to any dish or used as a garnish. Flowers make a dainty, edible, decoration on a dish. One of the components of the volatile oil extracted from perilla, perilla-aldehyde, can be made into a sweetener, said to be 2000 times sweeter than sugar, with very low kilojoules. This sweetener has been used as a substitute for maple sugar or licorice in processed foods, and is utilized in processed foods.

It is considered rich in minerals and vitamins, and has very important anti-inflammatory properties and immune modulatory actions which are thought to help preserve and sterilize foods.

In traditional Chinese medicine (called Kampo medicine in Japan) herbal remedies have been utilized empirically for thousands of years for the treatment of a wide variety of clinical disorders. Preparations such as Hange-Koboku-to, Yoku-Kan-san, Saiboku-to (which contains Perilla), and Kami-Kihi-to, for example, have been historically prescribed for clinical depression, anxiety-related disorders such as anxiety neurosis, insomnia, and anxiety hysteria, as well as for thrombotic stroke and gastrointestinal complaints. Saiboku-to, one of the most popular of these Chinese herbal medicines, has been shown in laboratory experiments to be effective for the treatment of asthma and allergic disorders. Evidence from studies also show that Saiboku-to is able to relieve anxiety and nervous tension.

Perilla assists in the management and relief of the symptoms of allergy/atopy and associated inflammation,  Perilla supports immune function, to help reduce the duration and symptoms of hayfever, and allergy (Th2 dominant conditions), and enhances antimicrobial activity (Th1 immune cells). The natural antioxidants in Perilla also act to decrease the risk of cell damage attributable to free radicals caused by allergies and asthma.